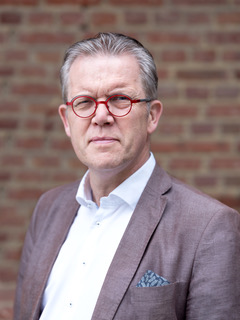 Conductor, teacher in conducting, clinican, Alex Schillings was born In Gulpen, The Netherlands, in 1957, in a family where wind music and classical music played an important role in daily life. At the age of 8, he joined the local community wind band as a trumpeter and started taking lesson sat the music school in Maastricht.

At the age of 15, he began studying the trumpet, teacher and conducting at the Conservatory of Maastricht.

In 1979 and 1980 he completed the course work. In 1983, after having studied with Rien Rats, he was presented his master-degree in conducting. He continued studying conducting with Lucas Vis and Anton Kerstjes.

Alex won various prizes during competition both in the Netherlands and abroad. In 1985, he was awarded the silver Baton at the International Conductors Competition of the World Music Competition in Kerkrade. For a period of 5 years he conducted a semi-professional chamber orchestra with accompanied many great soloists and performed a varied symphonic repertoire.

Alex often serves as a member of the jury in competitions both in The Netherlands and abroad, and as guest leader of conductor workshops for conductors of wind bands and fanfare bands in a lot of countries like the Netherlands, Belgium, Germany, Switzerland, Spain, South Africa, United States, China, Portugal. Italy and Austria. In 2005 he was a member of the jury of the World Music Contest in Kerkrade.

From 2004 till 2006 he was conductor of Brassband Schoonhoven with perfoms in the highest division.

Since 2005 till 2011he was principal conductor of the large Royal Windband of Peer in Belgium.

Since 2003 he works by Kunstfactor. The consult centre of windbandmusic in The Netherlands in Utrecht. In this function he organized the conductors clinics “Lifelong Learning” and “Lifelong Learning International”.

Since 2004 he is guest teacher at the University of Allicante, Barcelona, Tarragona, Piles in Spain for windband conducting.

During the Salzburger Festspiele he gives concerts in 2014 and 2015. During this openingsconcerts of the Festspiele het conducted The Firebird/I. Stravinsky, Feste Romana/O. Respighi and The Moldau/B. Smetana.

Since 2013 he is principal teacher in Trento/Mezzocorona by ISEB.

In 2013 he publishes his book ‘Metafoor’. ‘Metafoor’ is a method of windbandconducting and gives a complete line about teaching in conducting and the world of the windbandscene.

Since 2014 he is teaching wind band conducting at the Academy in Staufen in Germany. The name of this course of 4 years learning is ‘Metafoor’.

In November 2019 he is guest teacher at the University of Taipei in Taiwan. 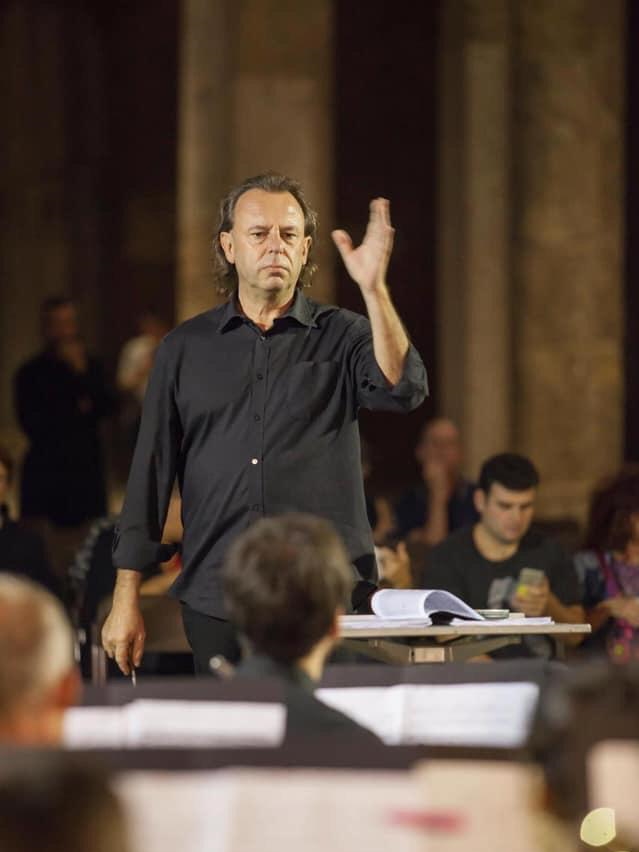 Dr. Armando Saldarini conducted numerous wind bands and orchestras both in Europe and in the United States, receiving critical acclaim and achieving results in National and International Contests. Among them, the first prize at the Windmaker 2006, an international competition for wind band conductors held in Vienna. Dr. Saldarini received a Diploma in Trumpet Performance and in Music Education from Como’s Conservatory “G. Verdi”, Italy; the Diploma in Wind Ensemble and Fanfare Conducting from the Rotterdam’s Conservatory, the Netherlands; Master of Music in Instrumental Conducting (wind band and orchestra) from St. Cloud State University, Minnesota, USA and DMA in Wind Band Conductingfrom The University of Southern Mississippi, Mississippi, USA.  Dr. Saldarini has other notable activities such as trumpet player, music teacher, judge in musical competitions and promoter of musical events/activities. He played trumpet in several and different ensembles, performing from classical to jazz, from pop to country music. These musical experiences enlarged his musical horizon and improved his versatility. As music teacher he taught from elementary school to the university. It is important the enormous success as recruiter that Dr. Saldarini had. He founded the youth band of Besana Brianza and Triuggio. Both of these ensembles received the highest prizes in national competitions. Dr. Saldarini promoted several musical events/activities, among the others the Veniano Wind Orchestra (1998), co-founder of the Federation Bands of Como (2000), artistic director of the International Band Festival of Besana Brianza (2001-2009), promoter and artistic director of the musical project Musica Viva! Summer Wind Band (2010-present), and promoter and artistic director of the Cultural Club Musica Viva! (2014-present) Actually, Dr. Saldarini is president of the artistic board of the FE.BA.CO, and he is often requested as judge for National and International band competitions. 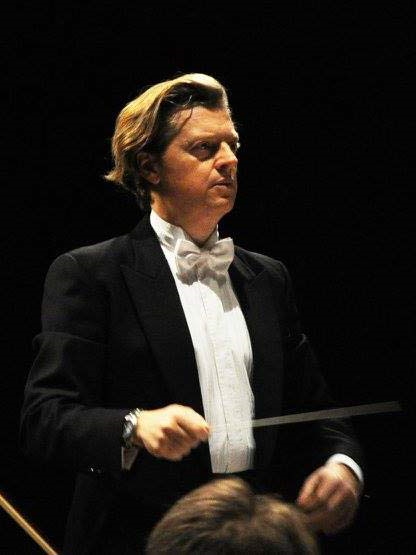 Michele Mangani, was born in Urbino, graduated from the Conservatory “Gioachino Rossini” of Pesaro in CLARINETTO in 1984, in BAND INSTRUMENTATION in 1987, in COMPOSITION in 1990, in ORCHESTRA DIRECTION in 1992, and from the Conservatory “GB Martini” of Bologna in CHORAL MUSIC AND CORAL DIRECTION in 1988. In the year 1995/96 he attended the international course in orchestral conducting with Maestro G. Dimitrov in the Republic of San Marino. He collaborated with the Orchestra Filarmonica Marchigiana as 1st Clarinet and as a member of the group “Assieme en plein air” played the Basset Horn. He has performed concerts in various chamber music ensembles (duo, trio, quartet and quintet)… In 1985 he began working as an acting director in several cities in the Province of Pesaro e Urbino, including the Orchestra of wind instruments of “Cappella del SS. Sacramento” of Urbino and the “Corpo Bandistico di Candelara” (Pesaro), which he still directs. He has directed several both wind and arched chamber groups, including Ensemble di fiati della “Cappella del SS. Sacramento” of Urbino and the “Ensemble Colonne di Armonie”, the “Orchestra dell’Accademia Filarmonica Urbinate” and the Orchestra Sinfonica Rossini. In June 2003 he won the 1st prize with publication on the 3rd National Competition for Band Compositions “Pellegrino Caso” in Vietri sul Mare (SA) with the song “Contrasts”. In June 2004 he won the 3rd prize at the 4th National Competition for Band Compositions “Pellegrino Caso” in Vietri sul Mare (SA) with the song “Core and Pluto”. In July 2004 he won the 1st prize at the European design of a composition inspired by the values of education and sport launched the project transnational “Education and sports: values without borders” with the song “Olympic Fanfare”. In August 2005 he won the 1st prize with publication to 1st International Competition for Band Composition on “Villotte Friuliane” of Udine with the composition “Friuli’s folk songs and dances”. In August 2006 he won the 2nd prize in the cat. A (first vacant) and with the song “English Suite N.1” 2nd prize in the cat. B (first vacant) at the 1st International Competition for Original Band Compositions “Città di Sinnai” (CA) with the composition “Sardinia Rhapsody”. In January 2007 he won the 2nd prize in the first category (first vacant) and with the song “Dynamic Concert” 2nd prize in the Third category at the 1st International Competition for Band Composition “La prime Lûs” in Bertiolo (UD) with the composition “Three Symphonic Pictures”. As a composer, he is the author of over 900 pieces for chamber ensembles for orchestra and choir, but his biggest production to be found in Band and Symphonic Band music, for which he wrote, between original compositions and transcriptions, about 350 titles. Of his musical production, about 600 titles are published, by Eufonia Music Edition and his works are often inserted as compulsory pieces in execution contests, where he is often invited as jury commissioner or president. His compositions had been played and hacked around the world bydifferent interpreters, orchestras and bands as: Corrado Giuffredi solo clarinet of the Italian Symphonic Orchestra from Switzerland, Fabrizio Meloni solo clarinet of the Orchestra of the Theater and the Scala Philharmonic, Wenzel Fuchs Philharmoniker Berliner Orchestra main clarinet, Patrick De Ritis, 1° soloist bassoon of the Symphonic Orchestra from Wien, Ricardo Morales, main clarinet of the Philadelphia Orchestra, the Italian National Army Band, the Italian Navy Band, the Financial Guard Military Band, the Symphonic of the Bulgarian Radio, the Philharmonic Orchestra from Bruxelles, The National Juvenile Orchestra from Spain, the Sinfonietta Orchestra from Losanna, the wind Octet of the Scala Theatre. Since 2012 he has collaborated as a member of the artistic commission and as director and arranger, with the Gioachino Orchestra, youth orchestral formation to the province of Pesaro and Urbino. He is the Artistic director of the Wind Orchestra of Marche and Professor of music for wind instruments at G. Rossini Conservatory in Pesaro. Since March 2017 he is Artistic Director of the Academy of the “Cappella Musicale del SS. Sacramento” of Urbino.

Any cookies that may not be particularly necessary for the website to function and is used specifically to collect user personal data via analytics, ads, other embedded contents are termed as non-necessary cookies. It is mandatory to procure user consent prior to running these cookies on your website.